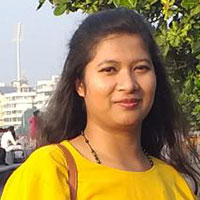 It has been a wonderful experience for Alphons in the academy. Staying in the hostel,adapting and adjusting himself with other students and being in the field playing he has developed so much with regards to his skills and his passion for football continues to grow and being in the academy helps him to be more hardworking, persevering and a spirit to work tirelessly to achieve his goal. 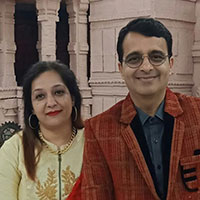 RFC has been a life changer for my son Karmanya Lalchandani. He has developed his health and physique.He is a disciplined and responsible child now. Mainly, his football skills have gained excellence. While we are satisfied with RFC's current training, we hope you for further growth in Karmanya's skill techniques and game. ThankYou! 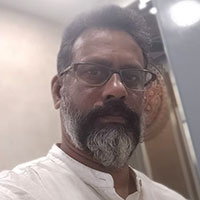 It has been a journey with apprehension, hope and rewarding tryst with RFC. Hat's off to this academy to put out coaches of high pedigree and managing many boys in the most difficult age. Wishing RFC to compete and get out some great footballers and make all us proud. 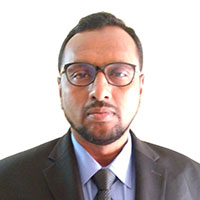 Suhail 14 years is an ambitious footballer from Bangalore. As parents we were venturing out options to get him into the right place for him to shape up in his ambition balanced with his academics. That’s were we got him into RFC Residential Football Academy which had a good tie up with an Academic School for his academics also in parallel. Though we were very much convinced with RFC, Like any other typical parents we were concerned about his improvements in his performance, health , habits & academics, because this was a new venture for us.
The 2019 -20 season helped Suhail to learn football in a professional way including his skills, styles, positioning, control and coordination. We were delighted to see him improving his performance day by day. These improvements were not only observed by us but also few other parents & well wishers who have seen Suhail’s transformation. The credit goes to the Senior –Junior Coaches, Senior players who consistently guide him and his own team mates.

The level of changes in his body physique, Stamina and the mental ability - speaks for itself about how he has been taken care at RFC with their Diet and functional trainings.

Being in Bangalore, I had many opportunities to visit RFC hostel without any notices and I also had chances to interact with other junior and senior players during my visits. Looking at the atmosphere, gesture of fellow players and the way RFC team monitors the boys, we got rid of the fear of losing his habits. Rather my visits and interactions boosted my energy levels.
More importantly, Suhail is also coping up with his academics in parallel and we are very confident he will get his Level 10 completed this year.
Hence we are very much excited to have Suhail being shaped up by RFC Residential Academy.

During the last season, We were truly inspired and impressed by the same levels of dedication, energy & enthusiasm with the RFC team that starts with the CEO – Technical Director – Coaches – Managers – Senior Players –physios - Hostel Team – the Driver, that existed from day 1 we met them until the end of the season. May be this is the success factor of RFC 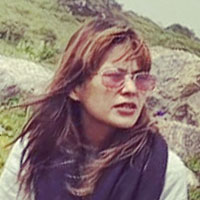 Putting my son at RFC has brought about a good change in my son Tashi, keeping in view his shy nature. I think the academy has given him a broader perspective about football as a profession. The only struggle is keeping him equally interested in his academics. The academy should somehow make the kids understand the importance of being educated enough to handle their future career with regards to football.

I am really happy to have put my son in RFC. I can see how the academy has moulded my son to be an independent individual. Players are getting adequate amount of practise, workout and excellent motivation. Parents on the other hand are being well informed on a regular basis. Well done RFC. Wishing the academy and players to reach greater heights. 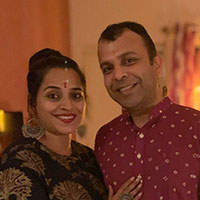 Our son Dhruv has been playing football since the age of 8. Initially we thought the love for the game will fade as he starts growing older and he only wants to play the sport for pass time. But as he start growing older he only became more passionate about the sport and started expressing his desire to play professional. It was in the summer of 2018 that we started scouting for a ‘football academy’ in India. By then Dhruv had already started playing for his high school football team in Dongguan, China. His coaches back there said the boy shows great potential and needs proper coaching. We first read about RFC, Bangalare on one of the websites and since we have our permanent residence in Bangalore we decided to give it a shot. The 3-days try out session grilled him thoroughly and he got a feeler of what lies ahead if he wants to even qualify into the professional league.

He has been with RFC since June 2018 and has gradually progressed and has been showing improvement in both skill and intellectual aspects of the game. He never shied away from any opportunities to train and practice, and slowly but steadily started catching up. At the same time, his improvement over the last year was exponentially greater than all the progress he’s made previously and we believe Coach Mr.Marcos’s training made the most significant contribution to that.

Without going into specifics of RFC’s philosophy and core tenets of his training, we have seen visible development in our son. Coach Mr. Marcos’s constant and consistent focus on players’ football awareness and intellectual development and his natural ability to engage the boys as per their strengths, keeping their attitude and ability to perform in mind has been a brilliant approach. Dhruva is more confident on and off the field, plays with visible poise and confidence even against older and physically more dominant player. He’s understanding the techniques and nuances of playing 11 a side and has played both a striker and mid field. Playing different positions in the team is also helping him to adapt and change his game. We also see significant improvements in his agility & ball control.

Also worth mentioning, RFC’s training does not stop with children. They educates parents as well, recapping every training session, game or competition with Whatsapp messages, photos, highlights as well as each player’s statistics. Such extensive insight into the why’s and how’s of the training makes it so much easier for parents who are interested to be in a position to help their children to excel. The sport and the all-round coaching has made Dhruva a very responsible adult. We are extremely satisfied with the overall progress he has made at RFC over the last 2 years. 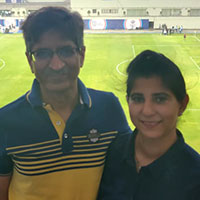 Emotionally it is quite tough for parents to leave their wards in any residential academy due to numerous worries. I first visited academy for trial a year back and discussed the arrangements made by RFC. I had been satisfied by the response of RFC towards all my worries and eventually got Srijan Admitted to RFC residential academy.

At the end of one year stay of Srijan at RFC I can surely say that the arrangements are well in accordance with the promises made. Srijan’s has developed well in terms of sports under highly qualified professional coaches. Staying at the academy is quite beneficial in terms of team learning and performance of their teams in various tournaments of Bangalore circuit is very encouraging.
Studies are also taken care of and not compromised for sport training. This year Srijan’s education performance (85% , 3rd Rank in class) was similar to his performance while he was at home in the previous class. Diet, stay arrangement, physiotherapy and healthcare arrangements are also quite good. Hostel staff is very caring. RFC management is making all efforts to overcome the challenges in terms of further development of facilities and participation in various events. I expect RFC will will very soon be one of the best clubs in India 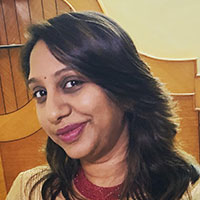 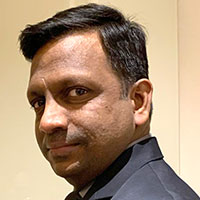 Akshat joined RFC FA in 2019. Him being very young we as parents were little confused about his joining the residential. But since Akshat was very keen. We thought to give it a try!
When he came home for his first break. we observed lot of positive changes in him. his attitude has changed, he had become more confident. and this was noticed even by our friends ... even being on vacation, he was conscious about his food intake and exercise. Even when there was no one around to check on him! We are very happy to see this version!

I also cannot forget to mention how helpful management had been throughout. Our calls were answered even at 10pm! Nikhil and Derick sir almost held our hands and made us walk through this...They were always there to clear our confusions and take care of things as and when required!
We are happily looking forward to coming session and akshat is more eager than us.

I want to thank RFC and staff for all you do in making a difference in the lives of boys and young men. I really believe you are doing your best to develop positive role models and young men that can and will make a difference. My son Aman knows that all the RFC staff really care about him and his future as a football player, as a leader, and as a person. I want to thank RFC for the efforts made by your staff to teach my son the fundamentals of football. You have helped him be a better teammate and person, and I cannot fully express how much that means to me. Thank you very much